When you stay at our historic downtown Inn, you’re in the heart of everything. Within a few blocks you’ll find delectable American and international cuisine, a varied selection of locally owned retail shops, brewery, coffee shops, nearby yoga and fitness studios, and access to miles of hiking, kayaking, canoeing and biking trails. You can bike the Pumpkinvine Trail all the way to Shipshewana, Indiana! This small college city also has a thriving music and arts scene including two downtown theaters.

We combine the ease of accessible entertainment with an individualized guest stay in a one-of-a-kind historic home.  Please note that we require a 2-night minimum stay.

The Inn on South Fifth Street, formerly the Baker estate, is the home of one of the most prominent couples in Goshen’s early history, John and Harriet Baker. A famed politician and federal judge, Mr. Baker served as U.S. Representative for the state of Indiana while his brother, Lucien Baker, represented the state of Kansas in the U.S. Senate. The Baker’s son, Francis, followed in his father’s footsteps first as a lawyer and then a Judge of U.S. Court of Appeals for the 7th Circuit.

John and Harriet were staunch Republicans and supporters of Benjamin Harrison. President Harrison reciprocated their support nominating Baker to a seat on the United States District Court for the District of Indiana on March 24, 1892. Baker retired on December 8, 1902, where he and his wife resided in Goshen until their deaths.

The regal Baker home stood as one of Goshen’s finest for many years until the early 2000s when the home sold to an investor and stood vacant for the better part of a decade. 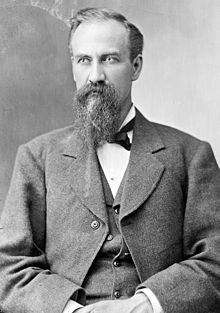 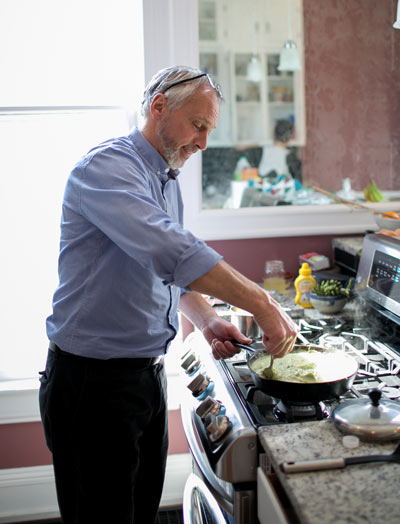 Kent Beck and Karen Lehman decided to make the Inn their permanent home and restore the building to its previous grandeur. The plans to breathe new life into the storied estate began in 2015 and will be completed in early 2016. Kent and Karen look forward to the opportunity to welcome people into this historic home and to Goshen.

Kent and Karen feel strongly that the extent to which we are willing to treat strangers with friendliness and generosity defines our community. As Innkeepers, we are often the first to greet visitors in our community. More than anything, we want to create a space where you feel welcomed, able to relax and enjoy your visit. 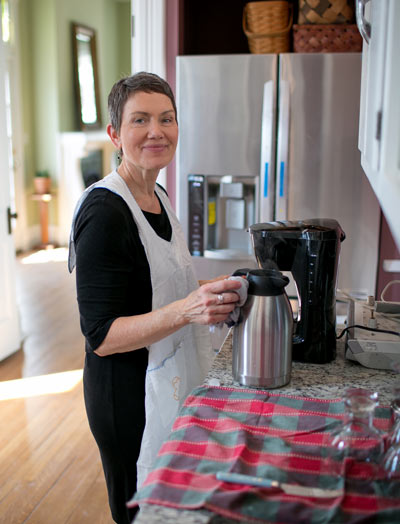